Delegate Hill with her mother and sister 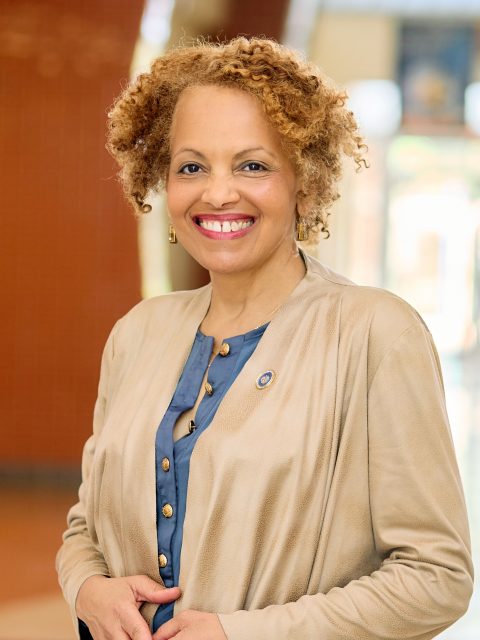 For Maryland District 12 state delegate Terri Hill, representing the residents of District 12 and the communities in which they live at the state level is a way to apply her unique set of skills and life experience in service, by helping find solutions to the issues that make live challenging for too many. Her primary focus is on the issues that are important to all of us; issues that are important to our future as a state. Quality of life issues like jobs, justice, education, healthcare, a healthy environment, public safety, and opportunity. Maryland is a wonderful state, yet it can do better by more of its residents.

Through her practice and talking to people, she has heard those concerns. As a physician, she is committed to working to diagnosing key issues and finding effective solutions. As an experienced legislator, she appreciates that the obvious solutions are not always the right ones, and reaching the best solution usually require collaboration, cooperation, and time to address legitimate and conflicting stakeholder concerns and assemble the resource to best ensure the sustainability needed for long-term success.

Terri came to our community 50 years ago when her family moved to the promising new town of Columbia.  Terri’s parents were strong civil rights advocates who instilled in her the importance of education and opportunity. After attending Howard County’s public schools and graduating from Wilde Lake High School, Terri received a degree in bioelectric engineering from Harvard University – one of only three African American women in her major. She then received her medical degree from the Columbia College of Physicians and Surgeons.

After her residency, Terri came home to set up her practice and grow her small business. For over 30 years, Terri has treated patients in our community and seen firsthand the barriers to care her patients face.

In 2014, Terri felt a pull to do more. She saw the opportunity to create real and meaningful change, not just as a doctor, but by changing the system itself. So, she ran for office, and since 2014 has served as a Maryland State Delegate for District 12.  Del.  Hill has crafted and fought for legislation that addresses disparities in healthcare, the need for more and better access to mental health treatment and vision care and provides economic opportunities for everyone.

Terri is a delegate who removes barriers.

Beyond healthcare, her legislative successes extend to housing, education, the environment and improving the lives of the underserved. Her successful efforts include legislation to improve access to prescription drugs for patients with chronic illnesses, the creation of programs and funding mechanisms to assist seniors wishing to stay in their homes, access to HIV prevention medication for minors and protecting us from contaminated water.

During the pandemic, she advocated on behalf of constituents having multiple problems, including those seeking unemployment insurance relief to which they were entitled, and for which their former employers had contributed. Other specific pandemic targeted legislation facilitated the expansion of telemedicine, remote notarization, and provided the administration with the emergency dollars and authority, with a degree of legislative oversight through regular hearings, to address the evolving emergency. She advocated for small business assistance and relief and for rental assistance, and housing stability through the pandemic. She lobbied our federal partners for needed financial relief for our local jurisdictions. The pandemic laid bare many of the decades-old holes in our societal safety net, some of which she has worked to address in the recent legislative session, and many of which require solutions that can’t be rolled out in 1 year.

Terri has stood with her colleagues in passing legislation to address systemic problems and progressive priorities, like criminal justice reform, paid family leave and protecting a women’s right to control her reproductive health.

Terri’s special brand of servant-leadership has garnered her recognition from such eclectic groups as the Archdiocese of Baltimore, Towson University, Associated Black Charities, and her beloved Alpha Kappa Alpha Sorority. In 2020, she was inducted into Howard County’s Women’s Hall of Fame.

Ensuring that every person has access to opportunity, safe housing, economic security, strong schools, a healthy environment, and good, affordable healthcare – these are the things Terri has been working for and these are the things central to her vision for the people of District 12.  She would be honored to continue representing the interests of, and giving back to, the community which has given so much to her.

Terri Hill2 weeks ago
It's official - Wes Moore and Aruna Miller are the Democratic Party nominees for Maryland Governor and will face Cox and Schifanelli in November. The choice and the difference in our future couldn't be MOORE clear - WES we can! We must! Wes Moore Aruna Miller
View on Facebook

Terri Hill3 weeks ago
Hanging out at Running Brook and my alma mater, Wilde Lake. Maryland voters are turning out! Vote until 8:00pm tonight.
View on Facebook

Terri Hill3 weeks ago
Nice talking to so many of you at Atholton. I’m out and about until 8:00pm when the polls close. Hope to see you at the polls.

Terri Hill3 weeks ago
Team Terri at Running Brook - thanks team! It’s Election Day and polls are open until 8:00pm. I‘m out and about and hope to see you at the polls. Voting information here..…https://elections.maryland.gov/?fbclid=IwAR2BoUeeo8R9_FzuHzbYtrOIVlZ3PhQtPyy-WflIZhlWevDtb5dRPQPRJvE

Terri Hill3 weeks ago
Next up - Harpers Middle School. Thanks Judy! It’s Election Day - hope to see you at the polls.